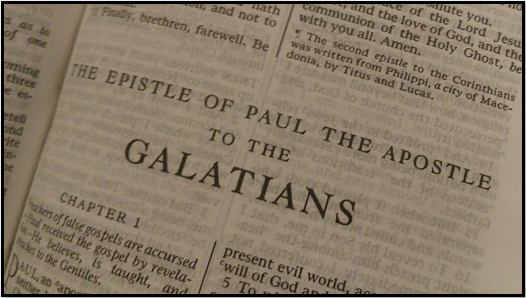 Does the Bible warn against Joseph Smith’s angelic messenger?

As my class was learning about the Second Great Awakening, one of my students reiterated a popular notion amongst Evangelical and mainline Protestant sects, that the angel Moroni’s visit to Joseph Smith violates the Bible, and therefore, is an indication of him being a false prophet.

In the first chapter of Paul’s Epistle to the Galatians, he observed:

6 I marvel that ye are so soon removed from him that called you into the grace of Christ unto another gospel:

7 Which is not another; but there be some that trouble you, and would pervert the gospel of Christ.

8 But though we, or an angel from heaven, preach any other gospel unto you than that which we have preached unto you, let him be accursed.

9 As we said before, so say I now again, If any man preach any other gospel unto you than that ye have received, let him be accursed.

Does this apply to Joseph Smith’s situation? Is the Church of Jesus Christ in violation of the New Testament by following a visionary person? Let’s break it down to see.

The first thing we have to recognize is that this section of the New Testament was a letter written specifically to Christians in Galatia in the mid-first century AD. Paul noticed and warned these early saints that THEY had been “removed from him” [Christ] and that THEY had fallen for another religion pretending to be some version of what Paul and the other apostles had taught, “which is not another,” but, was in fact, a perversion. How were these early saints fooled? Easy. Some would-be religious leader claimed to see an angel and obviously began to alter what the Galatians had previously been taught under Paul’s leadership and guidance.

Even if one reads this passage as Paul suggesting that they, the apostles, or an angel from heaven would preach a false gospel (a strange warning), it still doesn’t work against Joseph Smith’s experience.

Why do so many Christians quickly apply this section of scripture as a warning to those who might believe Joseph Smith’s story? A quick read of it seems to warn Christians from avoiding and or accepting a different gospel, and one which is claimed to have been revealed by an angel – matching near perfectly with the founding events of The Church of Jesus Christ of Latter-day Saints.

Continuing from above, in verse 10 Paul emphasized that “If any man preach any other gospel unto you than that ye have received, let him be accursed” (italics added for emphasis). What Paul really warned about was a religion of man:

10 For do I now persuade men, or God? or do I seek to please men? for if I yet pleased men, I should not be the servant of Christ.

11 But I certify you, brethren, that the gospel which was preached of me is not after man.

12 For I neither received it of man, neither was I taught it, but by the revelation of Jesus Christ.

13 For ye have heard of my conversation in time past in the Jews’ religion, how that beyond measure I persecuted the church of God, and wasted it:

14 And profited in the Jews’ religion above many my equals in mine own nation, being more exceedingly zealous of the traditions of my fathers.

The warning here was to avoid a false gospel that seeks to please men, not God. Paul said that he received the gospel through revelation, not man. Paul admitted that he previously preached the Jewish religion and made money from it while he persecuted the church of God. Before we go on to Joseph Smith’s experience, Paul was clearly warning about a false gospel that existed at the time, was of man, not based on what they had previously received, possibly set up for one to get personal gain, and under no authority.

Joseph Smith’s experience occurred over millennia and a half after the fact and was clearly not who Paul had in mind as he wrote to the Galatians. In fact, Joseph Smith’s first encounter was not merely with an angel, but Christ and the Father. That is a sure distinction. Joseph Smith also experienced other visions relating to the Book of Mormon. The true test would then be to compare the contents of the Book of Mormon with what Paul understood. Latter-day Saints are confident that Paul would be satisfied with the Book of Mormon and that it isn’t “another gospel,” but a compliment and a reinforcement to the original.

Finally, in Revelation 14 it states:

And I saw another angel fly in the midst of heaven, having the everlasting gospel to preach unto them that dwell on the earth, and to every nation, and kindred, and tongue, and people…

In Joseph Smith’s time, it was widely believed that true Christianity had fallen into apostasy and had become corrupted. Some believe this took place following the death of the first apostles, for some that it happened later as it was corrupted in the Catholic Church, and still, some believe it managed to persist throughout all the centuries.

Regardless, the Revelation given to St. John foretells about an angel in the last days signaling a gospel renewal and it going to all the earth. Members of the Church believe this restoration of the gospel will “fill the whole earth,” and have no problem with receiving revelation as it was anciently.[1] Part of the gospel renewal was additional scripture, new apostles, and ongoing revelation as needed.

Taking the time to appreciate these few verses in the first chapter of Galatians demonstrates one of the beauties of the first-century church: that they had living apostles to look to in order to keep the faith stable, consistent, and on point. They were not simply dependent on the Bible alone (which at the time did not exist as we have it today).

If Paul’s observation of the Galatian’s excluded any angel from heaven in the last days – in any capacity – such as playing a role in the gospel being spread in the last days, then Paul’s own words contradict the Bible.