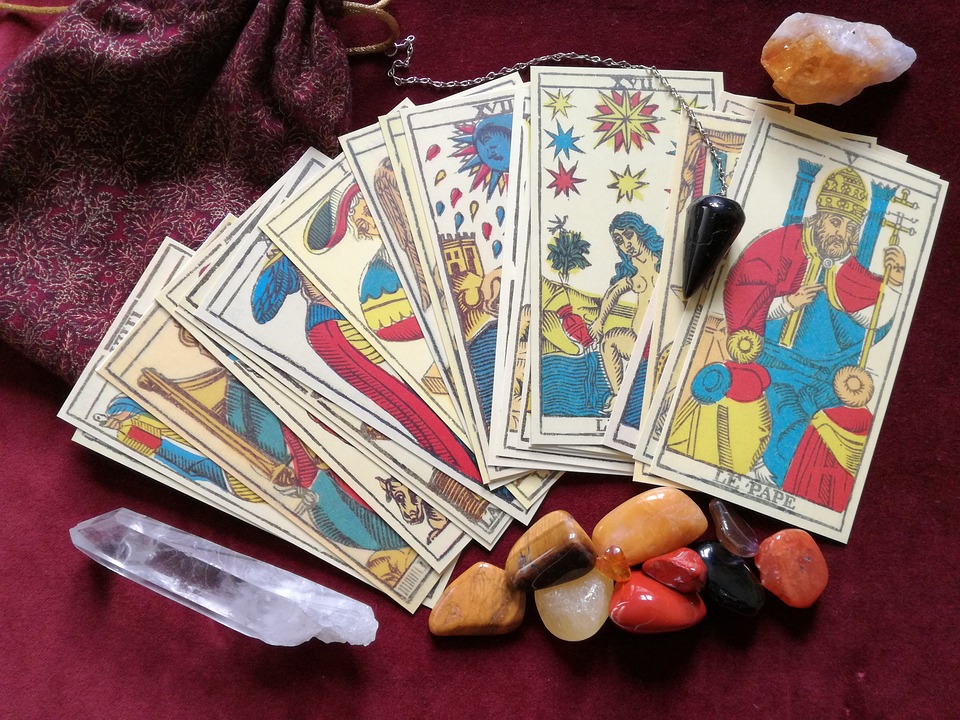 Was Joseph Smith a criminal, a fraud, and a supporter of slavery?

This is part 5 of a 9-part series on the topic of the Church of Jesus Christ of Latter-day Saints and race relations. See the rest in the category section: https://www.latterdaytimes.com/category/blacks-priesthood/

Among the list of stigmas Latter-day Saints have to deal with none are more insidious than the claims that Joseph Smith was a fraud, a criminal, and a supporter of slavery. These accusations were front-and-center with the liberal media during the Mitt Romney campaigns as they cherry-picked parts of the Church’s history (see video at the end). What we should be asking is, how did a young farmer from this condition reveal a rich theology that mirrors the Bible?

What is lost to those critical of Joseph Smith, is the background the prophet came from. He lived in a time when divining rods, seer stones, and other Old World superstitions remained among early nineteenth-century country folk.[1] Meanwhile, as the Church of Jesus Christ of Latter-day Saints was in its infancy, slavery and Anglo-Saxon white supremacy plagued the nation as the abolition movement began to take on a more influential and even a violent role to combat racism. The Latter-day Saints – with very little political clout – were on the move, from New York to Ohio to Missouri and finally in Illinois before leaving for their trek across the Rockies after the martyrdom of Joseph Smith.

To answer the first charge, Joseph Smith as a kid did get in trouble with the law for using “peep stones” to help his neighbors find buried treasure. But his actions were hardly uncommon in this time and context. What is odd and which has not been very accessible to most members of the church over the years is the exact method of the Book of Mormon translation. Thanks to a lot of work by historians (and perhaps the creators of South Park), members are presented with an image of Joseph Smith with his face buried in his hat looking into a “seer” stone and “translating.”

Joseph Smith was not a fraud, he was once a kid who grew up in a culture of magic. As an adult he developed, with divine assistance, a competitive option to the existing denominations of his time.

Smith ultimately rejected these childhood tendencies as he began to take on his role as a prophet in adulthood.[2] In fact, the Book of Mormon reads more like the Bible than something out of occult folklore, according to Joseph Smith biographer, Richard Lyman Bushman.[3] The content of the Book of Mormon in itself says a lot about the nature of the Church of Jesus Christ, much more so than the background the prophet came from.

Who was responsible for creating this narrative that the prophet was a fraud? It was his religious competitors that tried to use these old charges against him later in life to discredit his religious movement.[4] Joseph Smith was not a fraud, he was once a kid who grew up in a culture of magic. As an adult, he developed (with divine assistance) a competitive option to the existing denominations of his time.

The real challenge is when we look at the historical record and see a brief mixing of Joseph’s background of magic – the rock in a hat – with the embrace of the Book of Mormon translation. At first, it seems that Christians embracing this would be at odds with the Bible. However, God simply asked Joseph Smith to do something he was familiar with, and out of that exercise, he revealed to the prophet the text of a dead language. If other Christians want to take issue with the translation process, there are examples in the Bible where God has demonstrated his power by means that were equally as odd.

Why is the prophet, who progressed and moved away from his superstitious background, still judged by critics today for what he did as a child?

Second, some critics view the prophet as a criminal in light of his decision to destroy a printing press while in Nauvoo, Illinois. However, the Church’s own press, the Evening and Morning Star had previously been destroyed by a mob a decade earlier in Missouri. Obviously, it wasn’t an uncommon practice. That doesn’t make the prophet right, but there is also reason to believe it was done legally.[5] Even if it was not, Joseph committed this act as the mayor of Nauvoo on behalf of the city council, not as the prophet. While these explanations might not satisfy critics, he was also an imperfect human with emotions and fears and there were legitimate reasons Latter-day Saints would not want their enemies publishing slanderous editorials.[6]

The idea that the Church of Jesus Christ’s doctrine and race relations were rooted in Anglo-Saxon white supremacy is dishonest and lazy.

Third, was Joseph Smith a supporter of slavery? To say he supported it and to say so in a tone that suggests he advocated for it is dishonest. The only the way you might be able to interpret that he supported slavery would be in his disagreement with the violent overthrow of Southern slavery coupled with his views that were informed by the Apostles Peter and Paul in their own dealings with slaves and masters in the first century AD (Ephesians 6: 5-9, 1 Timothy 6:1-2, Titus 2:9, Colossians 3:22, & 1 Peter 2:18).

Critics also like to mention that the saints did not want blacks joining the Church in Missouri, although these comments were in the context of the saints needing to survive and not wanting to be involved in the issues surrounding the Missouri Compromise from a few years earlier.[7] Since Missouri was admitted as a slave state, the young church was trying to avoid annihilation by being agreeable. Nevertheless, this one statement hardly defines the Church’s overall position on the matter.

Furthermore, and years later, the prophet did take a political stand against slavery.[8] The idea that the Church of Jesus Christ’s doctrine and race relations were rooted in Anglo-Saxon white supremacy is dishonest and lazy. It takes what those in the South were doing and juxtaposes it onto the church. Latter-day Saint’s only issue with blacks was a temporary restriction on holding the priesthood because of ancient scriptural edicts to do with the curse of Canaan. Period. The end.[9] This restriction required another revelation to end it, which came in 1978 due to internal considerations not outside political pressure, as critics assert.[10]

To be clear, contrary to the way mainstream America viewed blacks for so long, Latter-day Saints were ahead of their peers:

Lastly, was Joseph Smith a pedophile? He did have several wives. It may have gotten out of hand. Some women, who were married to husbands who had no interest in their wives’ faith, were “sealed” to the prophet in a spiritual ritual that gave these women a chance to go to the temple – this was known as polyandry. Some women even had themselves sealed to the prophet after his death. The combination of these factors demonstrates the nuance required when we are tempted to overemphasize the many wives Joseph Smith had for the sake of a sensational headline.

Polygamy was viewed as consistent with the Bible, as an exception within the Church instead of the rule, Joseph Smith was a prophet, and marrying “teenagers” would not have been all that uncommon in the nineteenth century. Also, religion is voluntary, and these women would have had the consent of their fathers and non-religious husbands. The Church began with and continued with monogamy as the rule and primary value of marriage. Even with these factors, the practice is still unsettling for most, however, even the early leaders expressed reluctance towards the practice.

Perhaps a little more context about marriage in the U.S. during the mid-nineteenth-century can shed light on just how complicated life and relationships were in those times.

In Texas during the mid-1800s, historian Robert Wuthnow described the period as one “where women were so scarce they had to marry in self-defense”.[12]

Whether it is polygamy, race relations, or the seer stone, no matter what Latter-day Saints do, the closer they get to the Bible the more criticism they bring upon themselves.

Further, after the Civil War ended one woman expressed the bitter challenge they faced for a normal life of marriage and lamented that the “vast a difference there will be in the numbers of males and females…having only a moderate fortune and less beauty. I fear I shall find it rather difficult to accomplish my wishes.” Social historians of the Civil War agreed that such fears “were well-grounded in demographic realities. Other examples described “that the reduced population of young men “demographically deprived” southern women of husbands.” [13]

While similar demographic factors on the frontier may have figured only little in the grand motive behind the early practice of polygamy, the Church’s new, or “restored” doctrines provided a means for God’s purposes – for growing His kingdom.

Anyhow, if you watch Lawrence O’Donnell or read his supporter’s thoughts at the Huffington Post on the Church of Jesus Christ, with all their boldness and assertiveness, how could you not be compelled to view Latter-day Saints in anything other than a negative light?

WATCH and consider whether you just let your emotions get in the way of the facts I have just presented:

Whether it is polygamy, race relations, or the seer stone, no matter what Latter-day Saints do, the closer they get to the Bible the more criticism they bring upon themselves. What might be most shocking to Bible believers is the support their revered text lends to these seemingly controversial issues.

[11] FAIRMormon, Was the Mormon priesthood ban simply a policy or was it doctrine?, (Accessed March 16, 2018: https://www.fairmormon.org/answers/Question:_Was_the_Mormon_priesthood_ban_simply_a_policy_or_was_it_doctrine%3F). 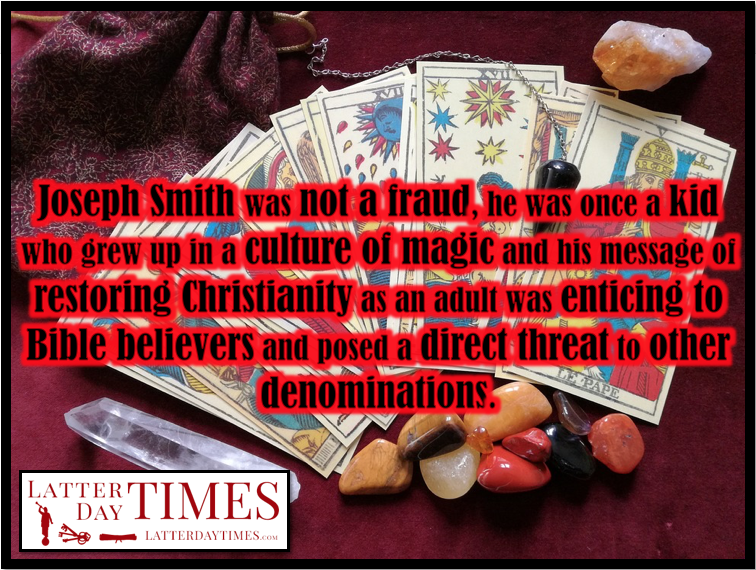