What was formerly www.scott-thormaehlen.com, a website for author Scott Thormaehlen’s book Day of Defense: Positive Talking Points for the Latter Days, is now LatterDayTimes. The vision and goals follow below.

The aim of LatterDayTimes.com is to discover and report on information about misconceptions surrounding the Church of Jesus Christ of Latter-day Saints (also know as, the Mormons). In order to remove stumbling blocks for those seeking the truths that reside in the Restored Gospel our vision is to facilitate interfaith discussion and build bridges between faith communities. The ‘Information Age’ is here. It is the intent of LatterDayTimes to provide succinct content relevant for all age groups, concerning the Restoration of the Gospel.

How can saints more effectively create a lasting peace in our homes, nations, and in the world?

As inheritors of the Enlightenment, the U.S. Constitution, and human liberty enjoyed as never before in human history, we also inherited a religious patchwork of various traditions that keep the body of Christ divided, though united in a tolerance protected by the law.

While constitutional law and liberty allow men to have the freedom of conscience and the ability to pursue the desires of their hearts, that should not be where we end in our progress. The guarantees of the freedom to practice religion as we please should make us pause a moment and consider, briefly, what we have inherited. Meanwhile, irreligion continues to expand as inquiring minds find little interest in participating in “religion” and perhaps turn to science for all their answers. While it is noble to maintain the peace experienced under the Constitution, Christians must not let the chance for a dialogue to slip away that can bridge our differences and heal Christian division, and instead, each group remaining insular and distinct.

What is truth? Is there one God, or one true religion? Some argue that such a proposition is toxic, blinding, and bigoted. For Christians, it should be clear that the New Testament is settled on this issue and the continual rise and influence of irreligion is alarming.

It is said that Christ will come again when Zion is ready to receive Him, when his Spirit is poured out upon all flesh. Zion is far from ready. The dialogue must move us to shed our differences and discover the New Testament pattern. We are commanded to do so and as with all the commandments, it will be beneficial for us to work towards this as communities, nations, and the world.

[Disclaimer: This website is not endorsed or officially associated with the Church of Jesus Christ of Latter-day Saints.]

How We Get There:

In order to meet our lofty vision, we have to have goals. At LatterDayTimes we will update existing content, create engaging material that is sharable and reachable to all lay members. This information will come through pod casts, TikTok/Reels, memes, traditional articles, short animated videos, interviews with experts, and more. No topic is off limits. No platform will go un-utilized.

There is a lot of competition online vying for the attention of those interested in learning more about the Restored Gospel, and content seeking to destroy the Lord’s work. LatterDayTimes will stand out as we use this competition to our advantage while becoming the most recognizable name in news, history, and social media content that promotes the Restored Gospel.

We will search out the best sources, listen to our critics and audiences, recognize any and all errors or embarrassing moments in our Church’s history, apply the appropriate context to a variety of tough topics that will bring both a humble spirit to our approach. The Restoration will never be compromised in our content, and it will gain the respect of many who once felt disappointed by a lack of answers or consistency. With the church currently sitting at .21% of the world’s population, we’ve got a lot of ground to cover.

By tackling difficult controversies, we will slowly and steadily bring all who are paying attention closer to the truth of topics that many may feel are currently unsettled, embarrassing, and those which are affectively keeping sincere investigators under a fog of misinformation and lies.

Scott Thormaehlen served for four years in the United States Air Force as a weather forecaster from 2000 to 2004. He graduated from the University of Texas at San Antonio with a Bachelors of Arts in History in 2010 and from Sam Houston State University with a Master’s of Arts in History in 2016. These academic and professional experiences cultivated an already analytical and curious mind. Stationed in the Bible Belt, at Shaw AFB, SC and born in South Texas, Scott has lived in areas where Bible-only belief is the prevailing religious perspective. Having lived in the “Mission Field” for over 30 years, Scott gained a cultural perspective of his religious counterparts in school, among friends, neighbors, and co-workers. Sharing a belief in the Bible and being raised in the knowledge of the Restoration, Scott came to realize the peculiarity of his station in life and the conflict between Mormonism and mainstream Christians.

His interest in history, particularly Early Christian history and the differences between Mormons and mainstream Christians motivated his decision to write and publish ‘Day of Defense‘; particularly that many viewed his faith as a cult and did not fully understand and often misrepresented the doctrines of the Church of Jesus Christ of Latter-day Saints. 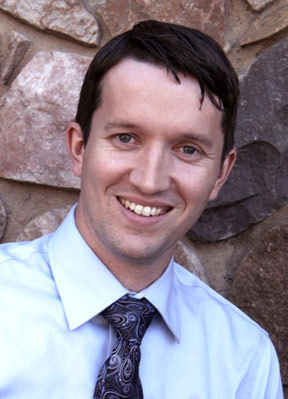 One thought on “Vision & Contributors”