Trendiness and Tragedy – the desensitization of sin and societal decay

With all the talk of gay marriage and homosexuality being a sin, why don’t Christians take up the topic of drunkenness as a sin? This post is inspired by a tragic story involving an intoxicated driver and four members of a bridal party. Countless other stories came to mind, such as this one, this one, and…this one.

Sin is sin. Therefore, some Christians might be surprised to know that drunkenness is ranked right there next to homosexuality, as far as God’s commandments are concerned. All of us sin and fall short of the glory of God (Romans 3:23), and we will likely struggle with sin in one way or another. However, we are charged to go and sin no more (John 8:11). 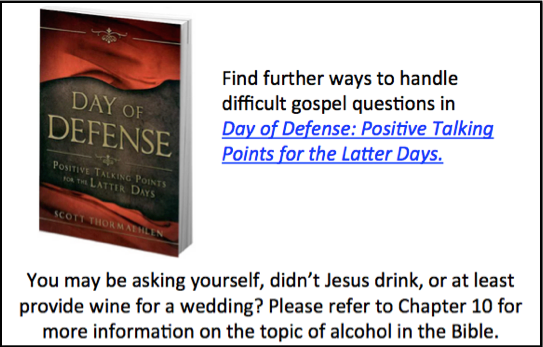 While I disagree with the federal government redefining a religiously-loaded term like “marriage,” I likewise believe prohibition of alcohol was a bad idea. What I am for is personal responsibility, and that is something you cannot legislate. Although many may enjoy a little wine at dinner or a few shots on Saturday night, I choose neither. I do not say this to get on my high horse. Rather, I say it for the same reasons Christians argue against gay marriage…because it is sin. Why is it okay for Christians to indulge in certain sins while condemning others? As Christians, we need to stand up against sin in all forms and refuse to go along with popular trends that dechristianize our society.

It is good neither to…drink wine, nor any thing whereby thy brother stumbleth, or is offended, or is made weak.

I choose to abstain from alcohol altogether due to my religious upbringing, as well as my own personal preference; however, I respect the rights of those who choose to drink, but it is still sinning. In the Bible, we learn that we are to avoid the appearance of evil (1 Thessalonians 5:22). Additionally, we do not know who the weak among us are and we would not want to cause them to stumble (Romans 14:21). Drinking can potentially open up doors for us and others to be influenced negatively, like in the examples above.

Our society is ill. A nation’s problems are not caused by the mere existence of laws, guns, alcohol, or marijuana. Our problems lie in those who abuse these instruments. We have a people problem. Social conditioning has numbed our senses towards our own personal responsibility. For example, the limitations placed upon our own rights to exercise the 2nd amendment and defend ourselves leads to the detriment of the lives of our children, our soldiers, and innocent bystanders in public places. Because the government essentially tells society that guns are “bad,” we forget that we have the right to self-defense. Currently, we are being conditioned to accept gay marriage, free community college, burger-flipping as a career choice, and insane laws like “gun-free zones.” Likewise, many Christians have fallen for the false “High Life” and it being “5 o’clock somewhere.” The consequences of being indifferent towards alcohol are just as devastating to a free society when someone’s life has been taken by an intoxicated driver. There can be danger in following what is popular.

As people of faith, we are generally characterized as sheepish and unable to think for ourselves. Well, I would invite the sheep who disregard faith to consider the uniqueness of their position, and I would argue that their rebellion has become so mainstream it is hardly “hip” anymore. For instance, nowadays, everyone has a tattoo, everyone’s profile picture has been “rainbowed,” and now, all of a sudden, everyone finds the Confederate flag offensive. Americans have a propensity for fads and quickly throw “archaic” truths to the wind without considering the consequences. Jumping from fad to fad, as if crusading against imagined social injustices, trendsetting and following are no substitute for the Gospel. Without Christ, tragedies like those posted earlier are likely to never cease.

Also, remember that while churches are often riddled with judgmental people, they are also a hospital for sinners, and the existence of the former is no excuse to venture off on your own. God does not compel us, but rather He invites us to be as He is. The Gospel is about community, voluntarism, peace, and hard work. In a community where we look out for one another, there is no room for irresponsibility and recklessness that leads to tragedy. The Gospel offers one the opportunity to change themselves and to prevent the unnecessary consequences that come with the defiance of eternal moral teachings.