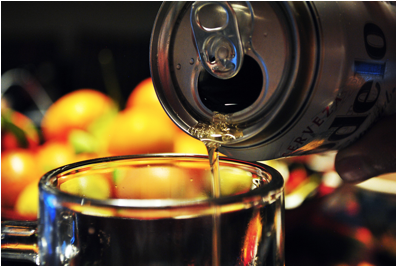 LA Times writer, Maria L. La Ganga reported a terribly sad story involving 15-year-old Audrie Pott, who committed suicide after an alleged sexual assault when she had become intoxicated at a party. In light this tragedy I feel prompted to share the following excerpt from my book in hopes to encourage others to use caution and to consider the type of life that they wish to lead:

“[Over 150 years ago] Joseph Smith received a revelation…to refrain from… alcohol…as a common health code, known as the Word of Wisdom…God has always condemned drunkenness. To the Galatians, Paul writes, speaking of this topic, “That they which do such things shall not inherit the kingdom of God” (Galatians 5:21)…Further, God asks nothing less of his Saints than to “avoid the appearance of evil” (1 Thessalonians 5: 22)

Abstinence from drinking can help to avoid…abuse, and societal ills, or even fatality…The Word of Wisdom protects everyone, even the weakest among us, and while not everyone has a problem with drunkenness, there are many who struggle with addiction and allow alcohol to affect their health and relationships.

How does the Bible reader reconcile…avoiding drunkenness…with the fact Jesus provided wine at a wedding? The New Testament says that Jesus provided what the Bible calls “wine” for a wedding—surely not a scene comparable to taking down several shots at the local bar…wine was a common drink in Christ’s time because water was scarce or unclean, but was all wine fermented?

[Former] LDS Apostle Bruce R. McConkie stated that the wine in the New Testament…“fruit of the vine” (Matthew 26:29), a light, sweet wine (normally unfermented); eaten with bread it was one of the staple foods of the day” (Doctrinal New Testament Commentary, 1:136).

Some disagree with this conclusion. Garrett Peck, the author of The Prohibition Hangover, argues:

“For those who still insist that Jesus’s wine at the Last Supper was somehow unfermented, consider this: the grape harvest was six months earlier. There was no possible way for grape juice to be available at Passover without fermentation getting in the way, as fresh grapes won’t last that long” (Peck, TheProhibitionHangover.com).

My only rebuttal is that Jesus miraculously turned water into what the New Testament calls “wine” and did not rely on grapes from six months earlier than would have been fermented. Christ’s miracle makes Peck’s point moot…Drunkenness is embraced as a fad or seen as a right of passage for college-aged and even high school-aged kids.

Such tragedies can be avoided in environments that embrace simple truths and make them an active part of their life. While vice is often appreciated by many as a temporary pleasure or escape, following our own paths often lead to those things in life that make the least amount of sense, while following the words of the Lord bring peace and security.