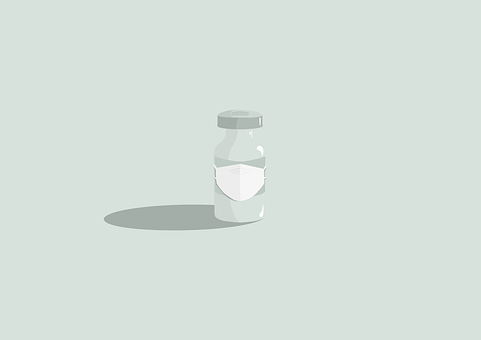 There has been a lot of frustration surrounding the First Presidency statement about the COVID vaccine.

While many decided long ago that the vaccine is not for them, others are relieved to hear from prophets to calm any confusion created from the many opinions and personal experiences that circulate throughout social and traditional media.

Consequently, the fallout of this statement has led to lines being drawn between members dedicated to medical freedom and viewing the statement as open to interpretation and those quick to judge others of “disobeying the prophets.”

A third camp are those who simply affirm that the Lord has spoken and take the statement as “business as usual,” that taking the vaccine without any question is equal to obeying any law of the Gospel.

But what does the statement on COVID actually say? Is it a commandment, or a statement of policy? I don’t know if we’ll ever be able to fully distinguish what is what, but the words are in black and white for all to read. I believe all sides can benefit from reconsidering the statement as you read what follows. If for no other reason, I write this to help us temper any unrighteousness judgment that has arised.

First, it should be obvious to everyone that there is a very real virus that has swept across the world. They happen all the time (Swine flu, bird flu, West Nile, H2N1, the common cold, etc.)

The Church leaders recognize the impact this particular virus has had and its continued spread among us and they express a desire to try and limit its spread and deadliness, which is relatively low in chance, but still a concern for those most vulnerable.

The First Presidency urged members that the most significant means to defeat the virus is through a very high percentage of the population who are immunized (they don’t yet state whether they meant through natural means or by vaccine).

Many of us acquired natural immunity long before the vaccine was even available. Many medical professionals believe that’s a good way to end this quickly, still others rely on traditional medicine and new vaccines.

The first mention of a vaccine says only:

“To provide personal protection from such severe infections, we urge individuals to be vaccinated. Available vaccines have proven to be both safe and effective.”

The qualifying statement is “to provide personal protection from such severe infections.” At this point in the pandemic, it should be obvious to most that the virus has a 99% survival rate. Individuals are urged, not commanded. Only you know if it’s right for you.

Unfortunately, there are some among us who, considering their overall physical health, seem to be the targeted audience for this line in the statement.

Even the official numbers about dying from COVID are in question. The deadliness and possibility of severe infection are probably much lower.

Unless of course you’ve experienced it personally or have witnessed those who have. Still, those experiences, as unfortunate as they are, are not the lived experiences of the vast majority.

Sometimes it is the vocal minority that makes the most noise. In the case of severe infection and death, mourning with those who mourn is our duty, but not to allow something so ambiguous, or what only seems like a really bad case of the flu by many of us who’ve lived to tell the tale, to limit our freedoms.

If you are in good health and even recovered from COIVD long before the vaccine came out, there isn’t any science to show that you need the vaccine. You wouldn’t fall into the category of one hoping to “protect against such severe infection.”

The statement ends with an equally open interpretation. They say that “We can win this war if everyone will follow the wise and thoughtful recommendations of medical experts and government leaders.” 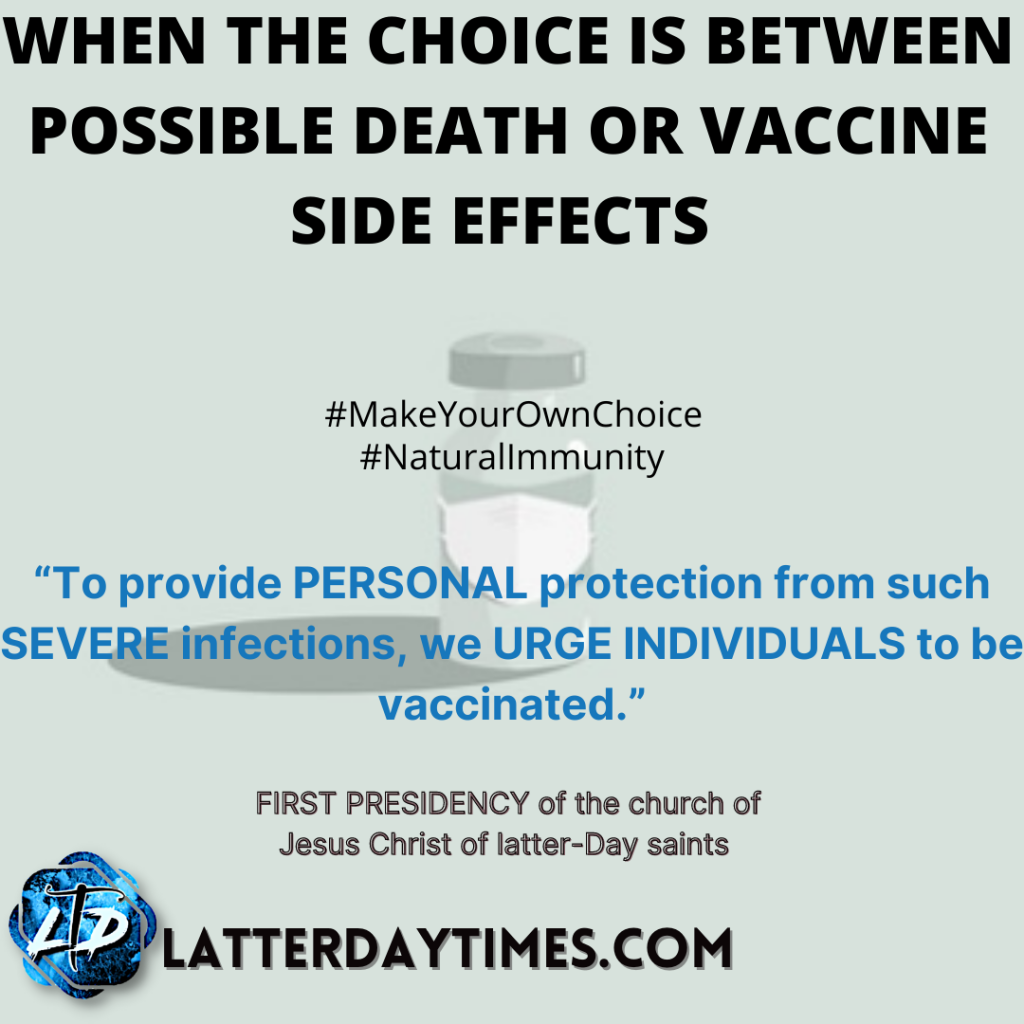 Why would the Church publish such a statement?

Perhaps the statement that says, “available vaccines have been proven to be both safe and effective,” is worth diving into for a moment. After all, this endorsement makes it obvious for many in one camp to claim that no one has an excuse not to be vaccinated, and if you don’t you’re foolish and disobedient.

Is that the right attitude given the facts and experiences of so many at this point?

By the standards of the FDA, this statement, “safe and effective,” in medical vernacular, means a product can be sold and marketed in the United States. For most, this has generally proven to be a true statement, but not for all.

Additionally, when church leaders use a statement that simply means FDA APPROVED (“safe and effective”), they are demonstrating that their statement isn’t a directive from God but something that is acceptable for general use approved by “professionals.”

Just as the leadership receives pay for their administrative duties over a worldwide organization, there is the University system, and other business-related ventures that reflect something other than “the Church.” Safety measures adopted by society likewise are adopted by “the Church.”

The Church doesn’t want to be anymore liable for conducting a large gathering that results in spread of a virus anymore than any other organization. They could potentially have to face lawsuits and other complications.

So, in the meantime, expect many to continue to stream sacrament meeting from home, others wearing masks, and the occasional self-righteous judgement from the pro-vaxxer crowd.

In the end, we have to look at all the facts and what exactly was said and what was not said. Make the best decision for yourself.