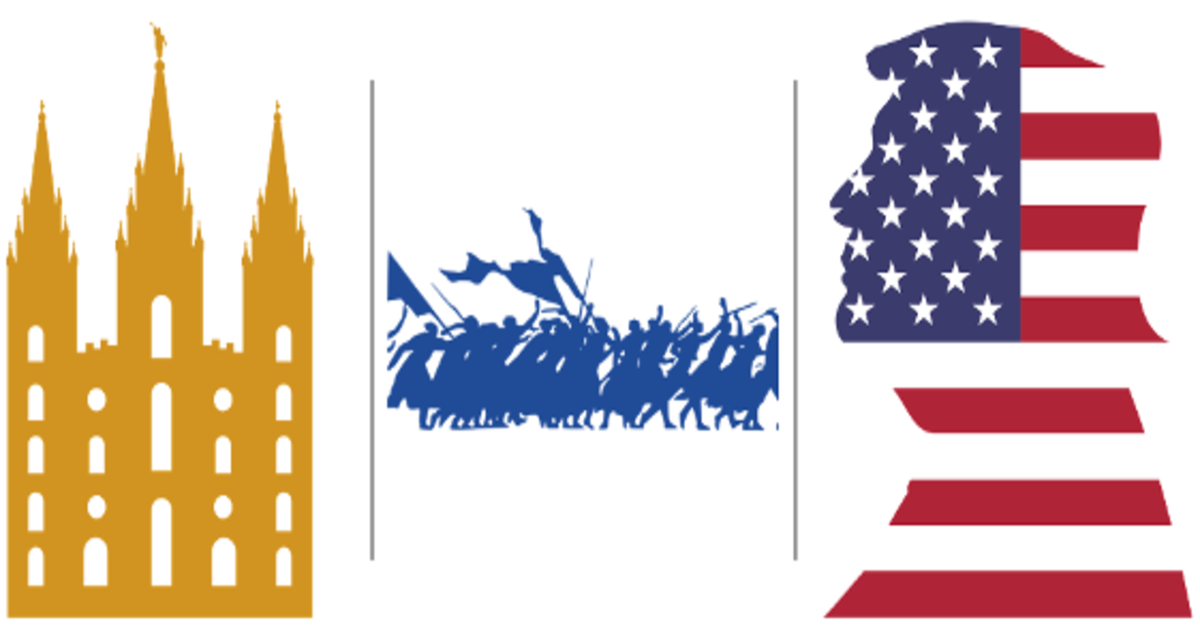 The Restoration & Progressivism – A Response to The Atlantic’s “The Most American Religion.”

On December 16, 2020, McKay Coppins wrote an intriguing column on the Church of Jesus Christ of Latter-day Saints in The Atlantic. The article included a series of complaints against President Trump and his supporters, specifically with Latter-day Saint supporters in mind, specifically from Utah. His actual thesis speculates on what the third century of the church’s existence will look like as the nation continues to change.

He spends quite a bit of time calculating the relationship between the Saints and their support for Republicans. He casts Latter-day Saint history as one of conformity and trying to stay relevant in mainstream society. His hope and grandiose aim? That the left can win points with the politically homeless in the church and turn the state of Utah from red to blue. As a Texan Latter-day Saint, I can tell you he is a little bit out of touch. But we’re not his audience, nor are Alaskan Saints, nor any members who reside in insignificant enough numbers to influence an election.

While this is an exceptionally well-written and brief history of the Restoration (with some exceptions), it is wrapped in appeals to leftist hot-button issues. He is critical of capitalism, he is sure to mention income inequality, racism, the “Muslim immigration ban,” LGBTQ issues, and is way too fixated on President Trump and his “racism,” while ignoring Biden’s.

In his quest to be humble and transparent about debatable and controversial aspects of our faith, he manages to consent to and even promote popular sentiments that normally come from critics of the church. Nevertheless, it is a sad day when politics have become the lens for which moderate and liberal Saints cast particular parts of their own faith and its history.

As his narrative drags out, the bias towards Trump continues. Speaking to the reluctance of Republican voters in the 2020 election, Coppins says, “though Trump won back some of those defectors in 2020, he continued to underperform. Joe Biden did better in Utah than any Democrat since 1964, and Mormon women likely played a role in turning Arizona blue.”

How, in an article about the church and what it might change or do to remain relevant in its third century (his thesis), is this last point relevant at all? Why are we talking about Arizona, a state with a significant population of Saints, turning blue? While these factors are true, Utah lost their only blue legislative seat in Congress. That kind of blows his whole thesis. At least for this cycle.

Coppins would have his audience believe the church had a racist past and then it did the right thing only after being pressured to change, and followed progressive society, implying it would be wise for the church to continue to keep up if it wants to be “relevant.” Some arguably racist theories that crept into the church were disavowed in 1978. The theories arose from poor explanations of a restriction placed on members whose lineage was from Sub-Saharan Africa from receiving ordination to the priesthood.

I’ve made efforts, here and here, to demonstrate our scripture is not interested in skin pigmentation whatsoever, much less in white supremacy. The discussion on the priesthood restriction is too much for him to give a fair explanation, if he was even capable, in his 9,000-word article. In short, the restriction itself was based in the Restoration narrative found in Abraham 1 of a lineage both Brigham Young and Joseph Smith connected to this region of Africa.

How does this example and others relate to Coppins’ overall thesis? What changes, according to him, might the church make as it hopes to grow and remain relevant?

Further adding to his progressive narrative, he then turns to the LGBTQ community. On one hand, he assumes that, “views among rank-and-file Mormons are evolving,” though he acknowledges that, “the Church has codified its teachings on sexuality as doctrinal.” Yet, he still holds out hope saying, “That means they won’t change until the prophet says he’s received divine permission.”

It is tempting to accept this idea that because the church “changed” in regard to plural marriage (a women’s issue), the change on the priesthood restriction (a race issue), the church will inevitably change on issues to do with gender.

What Coppins and critics miss in trying to connect these issues is that both plural marriage and the priesthood restriction were conditional and temporary with a basis in scripture while issues of gender and relationships are eternal and based in scripture. Some things can and have changed, some simply can’t without destroying the Restoration.

Finally, Coppins agrees with my analysis of his article, admitting that “a loose but growing liberal coalition inside the Church is pushing for reform.” Can you imagine the same divisive rhetoric that plagues America’s two-party politics being introduced into the church?

Part of his article includes details of an interview he had with the President of the Church, Russell M. Nelson. Coppins concluded that there are “questions that Nelson faces as he tries to figure out what Mormonism should mean in the 21st century. And he knows he’s running out of time to answer them.”

My final rebuttal to anyone who would interpret our faith the way McKay has would be the words of President Nelson who said these words in his April 2019 General Conference address:

Party politics and hot-button social controversies are best left out of interpreting what our theology means in the context of the world. While the church cannot remain completely out of touch with the happenings around us, we can certainly diagnose and treat these issues respectively without buckling to the conclusions and demands that might get us “canceled” by our brothers and sisters on the political left. This is the Restored Church of Jesus Christ, not the Progressive Church.