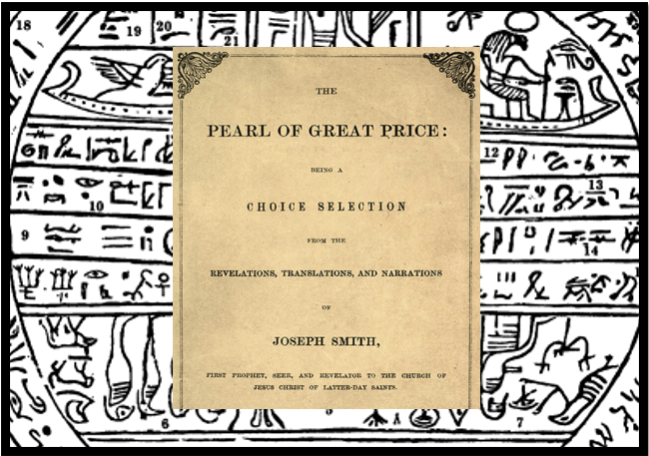 Are The Books Of Moses & Abraham Racist?

As part of the Church of Jesus Christ of Latter-day Saints scriptural canon and companions to the Bible, are the Book of Mormon and the Books of Moses and Abraham – which include other revelations to Joseph Smith – which make up the Pearl of Great Price. The Doctrine & Covenants is the fourth major volume that will be discussed in part three of this series. To read the article on the Book of Mormon that began this quest to determine whether or not Latter-day Saint scripture contains racist rhetoric, click here.

The Book of Moses

As an expansion revelation to the Book of Genesis given to Joseph Smith by the Lord in 1831, it discusses the curse of Cain and of the curse of the Canaanites. Like the Book of Mormon, it too uses language that on the surface appears to be racist.

As the Book of Mormon spoke in terms of covenant clothing or coats of animal skins in terms such as “white skin” and “skin of blackness,” so too does the language in the Book of Moses carry a different meaning than the reader might initially interpret.

Before we address the controversial statements, we should build up to it for context.

In Moses 5:16, Cain says “Who is the Lord that I should know him?” Cain did not share the same devotion and respect to God as his parents, Adam and Eve. In verse 21-22 we begin to see the effects of his mark as a result of his rebellion. To be cursed means to be separated from God, to be marked can take on different meanings. This seems to follow a similar pattern to the curse on the Lamanites.

In the Book of Mormon, the Lamanites were marked by their attire which demonstrated to the righteous Nephites that their rebellious brothers did not accept the same covenant with God and had no access to the Nephite garments or temple. However, it is not as clear in the Moses narrative (nor in the Book of Genesis) whether the mark placed upon Cain was similar in the types of garments.

The Moses narrative has nevertheless also been interpreted over the years to be associated with skin pigmentation. In verse 21-22, after Cain’s offering was rejected, it describes Cain having a fallen countenance and that he was “very wroth.” This emphasis on a fallen countenance fits perfectly with the term “black” as seen in the images at the end of this article which provides a clearer context for the language used.

Verse 25-26 says Cain “rejected the greater counsel which was had from God; and this is a cursing which I will put upon thee, except thou repent.” Cain then married and “loved Satan more than God.”

The curse is given more meaning in verse 36, “And now thou shalt be cursed from the earth which hath opened her mouth to receive thy brother’s blood from thy hand.” Promising protection for his sin, that no man “slayeth thee,” in verse 40 it says only that “the Lord set upon a mark upon Cain, let any finding him should kill him.” Cain is then “shut out from the presence of the Lord, and with his wife,” in verse 41.

So far nothing at this point has talked about race or skin color, only that God cursed and marked Cain. Further in the narrative, it describes a people known as the Canaanites. Because they invaded the people of Shum and taking their lands, the Lord curses “the land with much heat, and the barrenness thereof shall go forth forever; and there was a blackness came upon all the children of Canaan, that they were despised among all people” (Moses 7:8).

Finally, the narrative turns back to Cain, saying “And Enoch also beheld the residue of the people which were the sons of Adam; and they were a mixture of all the seed of Adam save it was the seed of Cain, for the seed of Cain were black, and had not place among them” Moses 7:22.

These are the only two uses of the words “black” and “blackness.” Describing a people with the term “black” certainly fits with our the Amerian vernacular of racist rhetoric. However, my belief is that if one reads racism into this text it misses the mark and the intention of the authors. When you see the alternative definitions below and you recall the emphasis on the fallen countenance of Cain, you might see that the authors meant something unakin to our contemporary terminology.

The Book of Abraham

In Joseph Smith’s revelation given in 1835, there is a historical narrative from Abraham in the Book of Abraham, chapter 1. After the flood, before Enoch and the aforementioned Canaanites, Ham the son of Noah has a son named Canaan. This family lineage to is cursed because Ham saw the nakedness of his father and did not cover him. For that, Canaan and his posterity were cursed.

Abraham 1 goes further into detail about the conditions of this curse. Much of this chapter focuses on the “rights of the priesthood” contrasted with the heathen gods of the Egyptians. Abraham is in search of his ordination to the priesthood in this account and we are told that the people in Egypt, descended from Canaan, are not allowed to have the priesthood. No mention of skin pigmentation, no mention of blackness, or black skin is present, only a restriction on the priesthood. This is a fundamental distinction in the way early Latter-day Saints would have viewed people from this lineage, not as an excuse to buy and sell and to treat like livestock as was the case in the Southern United States.

From the Merriam-Webster Dictionary, we can find different meanings in English for “black.” The narrow emphasis on pigmentation could be the source for reading racism into the text where the authors meant something metaphorical and as describing their spiritual state apart from God.

These screenshots of the dictionary and the Hebrew words for “black” may provide the meaning needed to demonstrate that the Pearl of Great Price has no interest in skin pigmentation just as the Book of Mormon in the previous article. 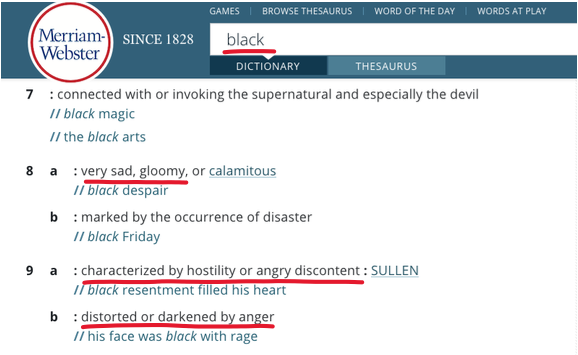 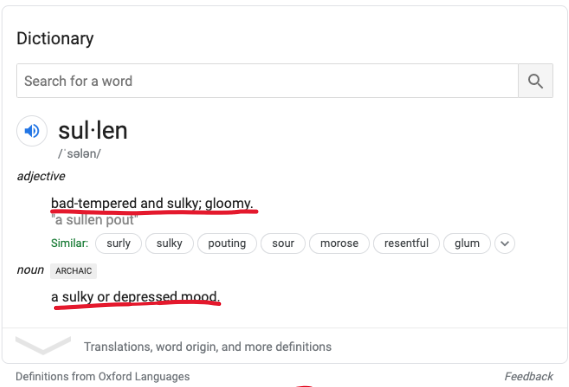 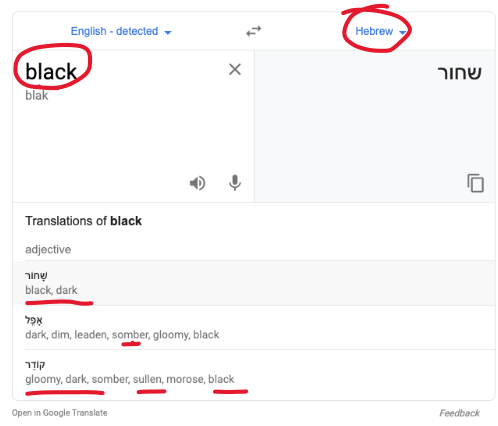 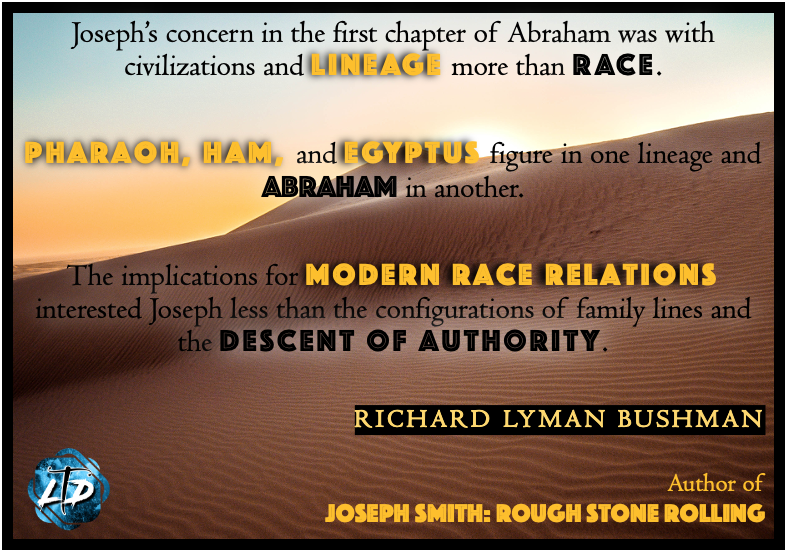