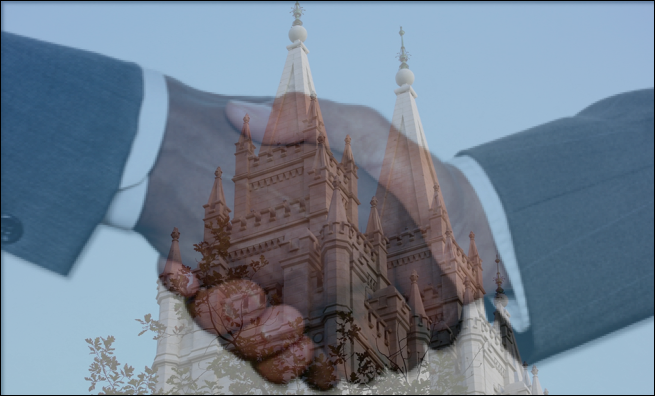 This is part 1 of a 9-part series on the topic of the Church of Jesus Christ of Latter-day Saints and race relations. See the rest in the category section: https://www.latterdaytimes.com/category/blacks-priesthood/

Many Americans might be surprised to know that many critics of the Church of Jesus Christ of Latter-day Saints hold them accountable for past racism and upholding the “white male patriarchy.” It is true that Latter-day Saints hold to traditional values, but to describe anything that has a heavy influence of white, male, and patriarchal as inherently racist is wrong and represents the typical leftist talking points.

In this 9-part series of articles, I will argue that while the Church did have an institutional restriction on black members regarding the priesthood it was not rooted racism, and we will further explore the context around this doctrine and its implementation.

This controversy was especially prominent during the 2012 Republican primaries. At the time, the Huffington Post reported on the topic of race and the Church of Jesus Christ of Latter-day Saints while Mitt Romney campaigned for president. This particular excerpt sums up a paradox many in the faith may struggle with:

“I think for many Latter-day Saints, being in most respects modern Americans, the tension between loyalty to past church leaders and revulsion toward racism feels insoluble. They feel damned if they do and damned if they don’t: they can either doubt the integrity of their spiritual leaders or be accused of racism. Forced to choose, many of them commit to their church and hope that their own lives make clear that they are not personally racist.

I suspect that most Latter-day Saints would be delighted to reject their history of racial exclusion if there were only a way to do so that would not threaten their beliefs about prophetic reliability. This tension has immediate relevance for contemporary Saints in the midst of current culture wars. Saints are currently being asked by their leaders to adhere to a particular view of gender, particularly as it applies to female leadership and heterosexual marriage norms. If earlier Church leaders were simply wrong about race, what keeps them from being wrong about gender? Though the Church contains a variety of ideas about the significance of gender, in both theory and practice, for many the question of prior racial exclusion feels relevant to current debates about sexual identity.”

Since this response brought up gender and issues of homosexuality, refer to this article.

What is racism and why does it matter to define it for what it really is? What role does intersectionality play in how the Church of Jesus Christ of Latter-day Saints is portrayed either by the media or critics of the Church? What is intersectionality, you may be asking? Let us define these essential terms before we continue with this controversy that has affected the Church for over one-hundred and fifty years. 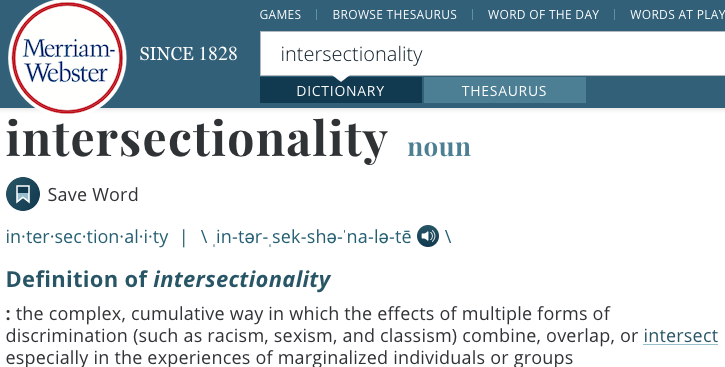 Finally, when I think of racism, I think of lynchings, the brutality of chattel slavery, Jim Crow laws, and Southern juries consisting of all whites when a convicted African-Amerian is on trial. I also think of Neo-nazis and the Ku Klux Klan. Intersectionality is a theory that emphasizes perceived or actual abuses from the “white male patriarchy.”

The problem with throwing around the race card in the twenty-first century is that it cheapens the real racism of those who experienced it. In the current “PC culture,” anything that looks, smells, or sounds racist, is automatically called out to apologize and to bend to their will.

I believe when you read all of the articles on this topic, you will see that race was not the “primary determinant” and being given or having been denied the priesthood had nothing to do with “human traits and capacities.”

A comprehensive discussion on the race issue might be better reserved for another book or in an updated version of ‘Day of Defense. For more on the life and times of one the forgotten Black Saints, Elijah Abel, I recommend W. Kesler Jackson’s book. You can also find the article on Race by the Church in the Further Reading section.

For interested readers, I found this letter that Joseph Smith wrote to his friend Oliver Cowdery rather insightful on the subject of slavery and race as the Church’s founder understood it: http://josephsmithpapers.org/paperSummary/letter-to-oliver-cowdery-circa-april-1836

To sum up the letter, Joseph Smith considered sending missionaries into the American South in 1836. With the intention of not stirring up violence between slaves and their masters, Smith relied on New Testament teachings to best approach the slave question.  The idea was first to convert the masters and then the slaves. Throughout the letter is the acknowledgment that slaveholders should consider themselves accountable before the judgment bar of God.