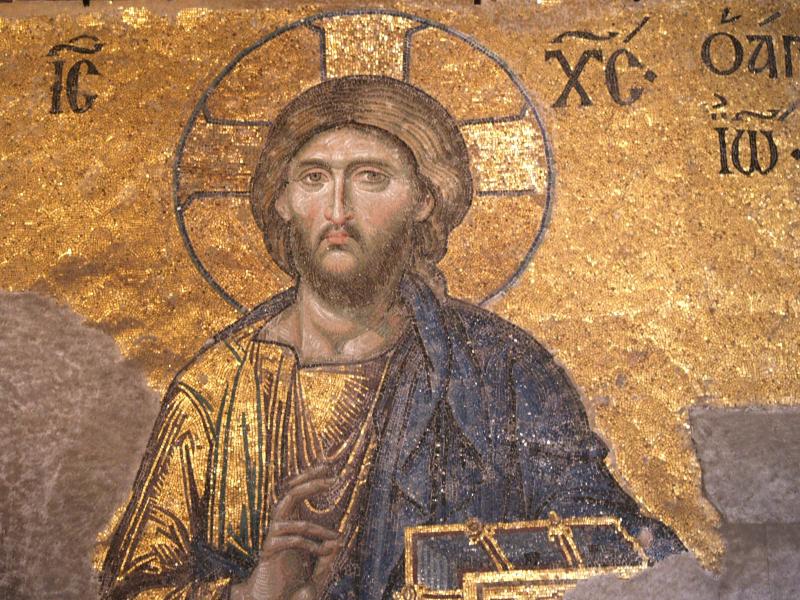 “The Story of God with Morgan Freeman” – Can we unite on our shared beliefs?

Actor Morgan Freeman and the Executive Producer, Lori McCreary, appeared on Yahoo in an interview to discuss the upcoming National Geographic series “The Story of God with Morgan Freeman.” Yahoo’s news and finance anchor, Bianna Golodryga, turned to this year’s  primary election season and the comments Trump made on banning Muslim immigrants “until we figure it out.” I hope the series sticks to the topic of religion and leaves America’s political problems in choosing a leader alone.

Nevertheless, the three emphasized an important element of truth and agreed that Judaism, Islam, and Christianity are all the “same” because they have the same root or core and that we all ask the same questions. While they are not anywhere near “the same,” it is good to see the historical connection as a point of conversation. Freeman highlighted a Christian fresco that was preserved in the Hagia Sophia when Muslims conquered the region and transformed the former Greek Orthodox Christian Church into a mosque. The point being, that Muslims honored Christ and did not cover the Christian paintings when the Ottoman Empire captured Constantinople, modern-day Istanbul.

Muslims often turned basilicas into mosques in their newly-conquered territory, but in this example, Freeman remarked that Jesus was important to Islam, as a prophet. Historians acknowledge that empires like the Ottoman Empire often made such gestures to control the peripheries of the empire by brokering deals with local leaders, in this case, former Byzantine Christians who assimilated into the Islamic culture to enjoy political appointments under their new emperors (Karen Barkey, Empire of Difference: The Ottomans in Comparative Perspective, (Cambridge, 2008), pg. 81). The direction National Geographic seems to be aimed is positive, but their overall goal in mind speaks to the virtues of multiculturalism and getting along just to get along as an ending point. The problem is that all three have always shared commonalities and simply recognizing those has and will never be enough.

I hope to enjoy the series and appreciate the rich history and perspectives that will be shared. After watching the interview, I felt prompted to ask why are we afraid of answers when it comes to solutions to religion? Why do we cherish our divisions? Why are we so quick to want and “save” religions from negative rhetoric? Some rhetoric does need to stop, especially any that would seek to use government to oppress one religion over another on one hand, and on the other, in cases where some adherents interpret their religion to commit violence against others, whether or not it is correctly interpreted.

Our rhetoric should always be positive, edifying, and moving us closer to what we do have in common so that we can respect one another and endure challenging dialogue and conversation about history, God, and the future. Mormons know too well that in America there is no “safe space” for religious dialogue, it is a dog-eat-dog world in an atmosphere protected by the First Amendment. Perhaps the adoption of such a principle is just what the Middle East needs if they are to reform. Islam is ultimately responsible for the theological reform it needs to prevent future radicalization. However, Christians can help heal with these religious problems, but only if it first can heal its own division problem and turn back to the New Testament mandate to avoid division. That is what ‘Day of Defense’ is all about.

If there is a God, there sure better be some answers and we had better start looking for them. The host says “the biggest takeaway from this series is that it unites us as humans on this planet, not because we all believe in the same beliefs, but because we all have similar questions.” McCreary, replied, “we have the same questions, why are we here? Where are we going? What we have in common, the more we connect on that level, the better our planet will be.” Will it? Christ, however, spoke of a different kind of unity and while we are on the topic of Islam’s regard for the Son of God as a prophet, this says one of two things about Islam: 1) they believe he was a prophet, but disregard who he said he was, 2) they believe in and follow false prophets, for the very same reason.

We should all be proud of our First Amendment and the freedom of religion that we wish to preserve and extend to others. However, we shouldn’t end with liberty and coexistence as our end in mind. I invite you to read the first chapter of Day of Defense, specifically in light of this interview and the upcoming series, and then challenge you to finish the rest of the book. If Muslims believe Christ is a prophet, then ‘Day of Defense’ would be worth their while. Christians who wish to follow the New Testament and to heal religious divisions will likewise find it eye-opening in their study of the Bible. 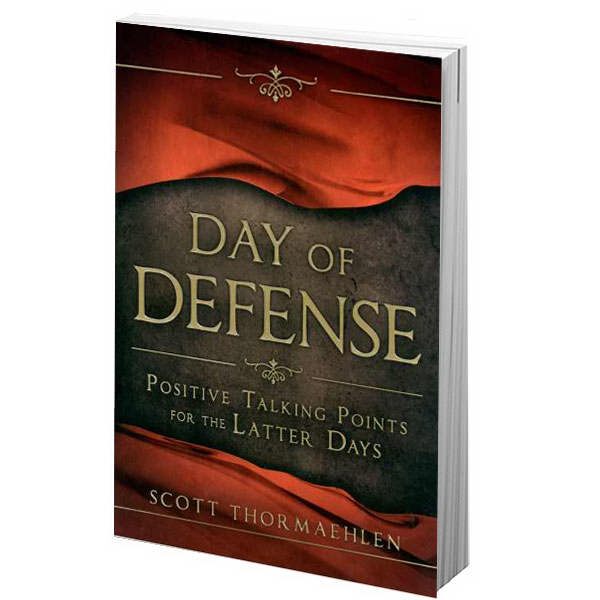 “Day of Defense is a compelling work that will sharpen the intellect of the Latter-day Saint and challenge the misconceptions of the skeptical Christian. Author Scott Thormaehlen provides an important component in unifying the faithful across denominations.”
—Eric Shuster, author of Where are the Christians: The Unrealized Potential of a Divided Religion