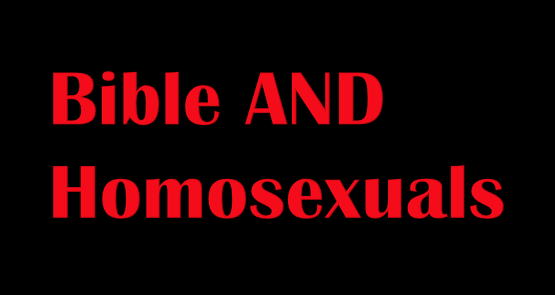 What does the Bible say about a homosexual community, and is it time to privatize marriage?

Fears of a Donald Trump presidency have sounded alarms that his VP, Mike Pence, has an agenda to overturn the SCOTUS decision legalizing gay marriage, even though Trump said he is “fine,” with the decision and is ready to move on. Are those just words? Is the Religious Right back in control and ready to respond to the controversial redefinition of marriage? Is this battle going to start all over again? What might this mean for Christians?

If this plays out against the wishes of the homosexual community, what is certain is that the irreligious crowd will continue to beat down the Bible and berate believers. If our newly-elected lawmakers seek to overturn gay marriage, are we as believers prepared to defend the faith and to be a voice of reason when secular liberals and the media denounce religion as bigoted and overreaching?

As Christians, we must admit that religion has often brought unwelcomed criticism to itself and ultimately shame to God, especially when exercising political power. Think of the Crusades or Puritan laws stifling freedom of thought. History and the Bible caution believers to use government power carefully. Christ meant what he said when he told observers to “render unto Caesar, that which is Caesar’s.” In other words, the Kingdom of God is not of this world and to allow the government to do whatever it does. That does not mean Christians cannot be active participants in their community and influence it for good. Believers would be wise to exercise care and love and show restraint while in power not to discriminate against people who are different.

You see, the Bible can’t be bigoted towards LGBTQ people because there is no such community that is addressed in the Old Testament. It was a law directed at Israelite men who intended to be married or who were already married.

Reactions from atheists, liberals, or the irreligious on sensitive topics such as gay marriage often incite hate towards the religious and the left has historically caused many problems for believers over influence in education and culture (no prayer in school, etc).

After this election, the left might take a lesson from this recent political defeat and seek legislation from actual lawmakers, not SCOTUS, and write gay marriage into law in such a way that does not infringe upon Christians in the school system(s) (public, charter, or private), businesses, or religious settings. The unintended consequences of the SCOTUS decision to redefine marriage have likely been one of the possible factors leading to Republican victories in the House, Senate, Presidency, and a majority of the gubernatorial races.

I offer both sides of this argument a challenge. Have you considered that maybe the Bible has never said anything about a homosexual community? Not a single word. And why should you care as a leftist, frustrated millennial, or as a concerned atheist citizen? You should care to know the other side and to be able to work with them intelligently. The Religious Right would be wise to do so as well.

The source for Christians begins in the Old Testament. What is the Old Testament and who is it directed at? Israel. Who or what is Israel? They were the religious society (the covenant people of God) who are initially led by Moses out of Egpyt and who relied on marriage and family. The Law of Moses was not only a religious law but regulated civil society and acted as a code of health and safety. You see, the Bible can’t be bigoted towards LGBTQ people because there is no such community that is addressed in the Old Testament. It was a law directed at Israelite men who intended to be married or who were already married. The sin of homosexuality in this context was so gross that under the Law of Moses, that stoning was an acceptable punishment, as it was also for adultery or murder.

The United States is not the Kingdom of God and therefore should not be used as an instrument to tell people how to live so long as they are not hurting another.

Likewise, the New Testament is directed at Christians and potential believers. Like adultery, stoning for homosexual acts would be rendered unjustified under the higher law that Jesus introduced. There is, however, no mandate from heaven for Christians to enforce these values on others through marriage laws.

Whether Israelites or Christians, the Bible speaks of a people in a voluntary society and that their rules apply to them and them alone. That is the audience and that is the context. The United States is not the Kingdom of God and therefore should not be used as an instrument to tell people how to live so long as they are not hurting another.

This is where the left can have the most success with the Religious Right and press for legislation that will privatize marriage. If you don’t compromise, and instead, you advocate radical transformation of American society, you are always going to lose.

Instead of bashing Christ and the Bible as the source of one’s frustration with the Religious Right’s aversion to gay marriage, perhaps liberals need to be more specific about the audience or the target they are dealing with. Not all religions, Christian sects, or believers think the same. The issue is with marriage laws, and the Religious Right has been provoked by the SCOTUS decision in 2015, for political as well as religious reasons. As Christians, we can do a better job of representing the Bible and our God by showing love to those who are not believers.