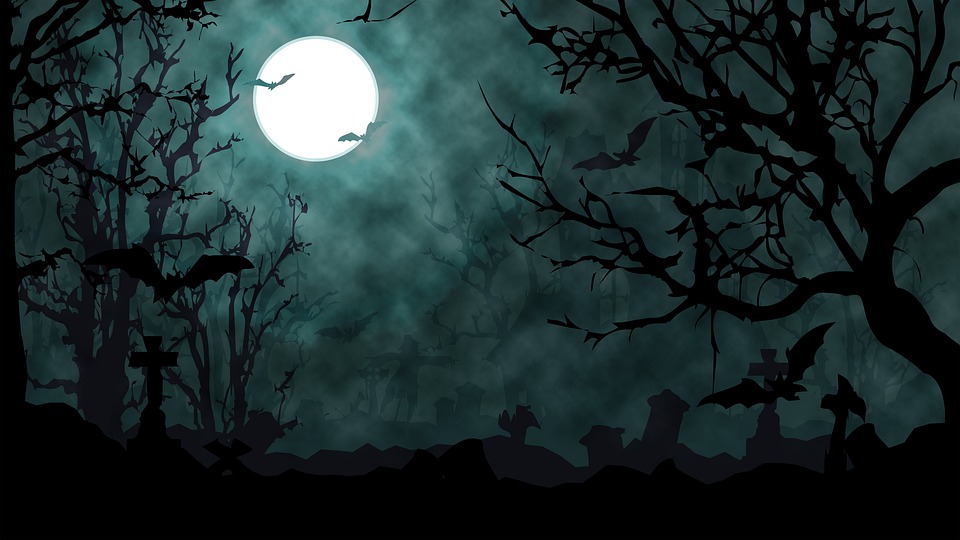 This is part 7 of a 9-part series on the topic of the Church of Jesus Christ of Latter-day Saints and race relations. See the rest in the category section: https://www.latterdaytimes.com/category/blacks-priesthood/

Many, I am sure, if they have any knowledge of the following culturally sensitive topics as they relate to the Church of Jesus Christ Latter-day Saint’s history, have long written the church off as an awkward cult in the mountains of Utah. Why go to a church “with a history” and with “baggage”? There are plenty of other choices after all.

If that is your perception, you’d be quite surprised by reality. Maybe you’re not interested in religion or happy with the one you have now. Regardless, if you are going to share an opinion on these sensitive topics, please play by the rules.

No three subjects haunt the Latter-day Saints as do issues relating to the Church’s history with plural marriage, the priesthood restriction on black members, and the Church’s position on the LGBT community. Perhaps this is largely because of “PC culture” and the liberal media’s obsession with progressive hot-button issues, where anything that looks, sounds, or resembles anything sexist, racist, or bigoted, it is public enemy number one.

Here are the rules to remember when and if you share an opinion about these issues:

Rule # 2 – The curse PERTAINED TO THE PRIESTHOOD being restricted according to LINEAGE, a MUCH DIFFERENT idea than white supremacy that justified slavery and Jim Crow indefinitely in the South (Abraham 1: 26-27).

Additionally, Brigham Young officially initiated the priesthood restriction but also KNEW IT WOULD END IN THE FUTURE. Not exactly the stuff of a racist.

Rule #3 – “The Church must ALWAYS teach the unique importance of marriage between a MAN and a WOMAN” (President Russell M. Nelson).

No doubt, when Joseph Smith revealed the doctrine of plural marriage many were stunned. Stunned, not because his enemies had a thorough understanding of the Bible or God’s will, but stunned because anyone would have the audacity to go against norms and the fear that it would somehow affect their life and marriage. These assumptions proved unnecessarily deadly for many. These assumptions brought on violence in Missouri, Illinois, and in central Utah in the Mountain Meadow Massacre. A closer reading of the Bible and the acceptance of the Latter-day Saint’s religious liberties should have been safeguards against violence. But men failed to adhere to both of them.

The issue with the blacks and the priesthood restriction is further explained here.

As far as the LBGT issue, a former Latter-day Saints and lead singer of the famed Imagine Dragons, Dan Reynolds, had this to say about the church changing with the winds. He is grossly misinformed.

“The rad part about Mormonism is they claim modern-day revelation. If a prophet is alive today, God can appear to him in modern times. So a prophet can say, ‘Hey, God appeared to me. You guys got it wrong, and it’s ok to be gay. It’s actually godly, and clean, and perfect, and acceptable.’ The church has done this before. Mormons used to practice polygamy. Then the government began putting a lot of pressure on them, and said, ‘Hey, we’re not cool with this.’ And then suddenly God appeared to a prophet at the time and said, ‘Hey, no more polygamy.’ Same thing happened with the priesthood. They used to only allow white men to be priests. Then, pressure began to be applied, and God revealed, ‘Now black people can have the priesthood.’ So this church is meant for change.”[1]

Nothing could be further from the truth. Yet, here we see just another example where celebrities stick their noses out to bring attention to themselves and to drive their agenda. When we don’t follow the rules, the safeguards of knowledge and freedom, we lead people astray. Unlike the conditional nature of plural marriage and the priesthood restriction – neither driven nor motivated by sexism or racism – the Latter-day Saint’s views on LGBT are also consistent with the eternal nature of God’s commandments.

In summary, the three rules demonstrate that the first two topics were conditional and subject to a future change by prophets, whereas the latter is something that can not be changed prophets. 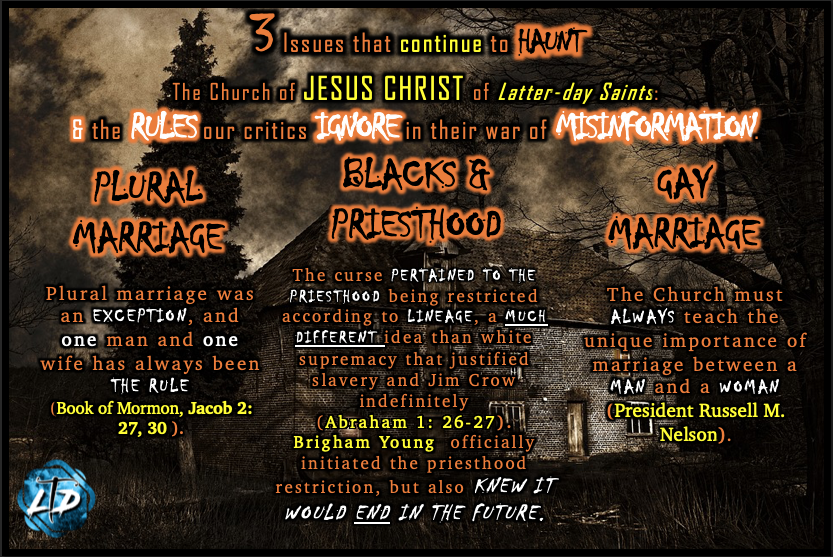