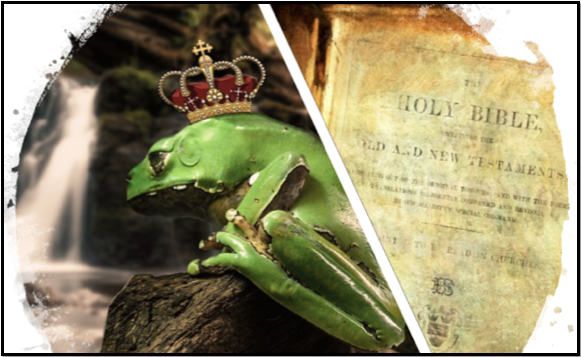 This is part 8 of a 9-part series on the topic of the Church of Jesus Christ of Latter-day Saints and race relations. See the rest in the category section: https://www.latterdaytimes.com/category/blacks-priesthood/

When one thinks of the word curse their mind may take them back to a favorite children’s book, fairy tale, or Disney movie. The curses found in scripture take on a very different meaning.

The Bible begins with the glory of creation, but the narrative of man’s relation to God quickly devolves into a theme that is worth emphasizing. When Adam was kicked out of the Garden of Eden, he was cursed to mortality and to live out his days by earning his bread by the sweat of his brow. The very ground that he was to toil in was even cursed. Adam was cursed in that he was separated from God’s presence; cursed to die, cursed to the conditions of mortality, and there was nothing he could do about it.

Nevertheless, Adam was given instruction, commandments, and promises if he followed God in mortality and the promise of resurrection in the afterlife. The atonement of Christ was to be the promised blessing to break the curse of mortality.

Within a few chapters, we read about a second curse – or a further separation from God – placed upon Cain for killing his brother Abel. We lack details beyond this, but what was left for us is a story of a curse, a mark placed upon Cain, and that Cain had a posterity.

Within just a few more pages we see a third curse placed upon Noah’s grandson Canaan, son of Ham, and all it says it that Ham “saw the nakedness of his father.” For this, Noah cursed Canaan to the “servant of servants.” Pretty vague, right? This part of the curse is important as we look at the stigma that continues to haunt the Church of Jesus Christ of Latter-day Saints. Latter-day Saints have been long-criticized, even accused of racism, for using the language of curses as it applied to a particular people their founding prophet identified as being descended from Caanan.

Additionally, the Book of Mormon does not waste time to continue this notion of being blessed or cursed. Almost immediately the antagonists in the Book of Mormon, the Lamanites (named after Nephi’s oldest brother, Laman) are cursed due to their rebellion against God. They are subsequently given a mark of distinction, similar to the mark God gave Cain (although it too is vague as to its meaning) describing the Lamanites as having a “skin of blackness.” The word black in the English language could mean a few things.

It seems racist, right? However, in the same book, the Nephites are specifically told not to despise their brothers because they look different. Further, “blackness” in this context is from a Hebrew perspective, not an Anglo-Saxon perspective. Latter-day Saints view the Book of Mormon as the product of ancient writing, not of a contemporary nature to nineteenth-century America.

Nevertheless, we can find precedent from scripture where God takes it upon himself to diversify his children in mortality for His purposes. We find another curse of sorts at the Tower of Babel:

Go to, let us go down, and there confound their language, that they may not understand one another’s speech.

So the Lord scattered them abroad from thence upon the face of all the earth: and they left off to build the city.

The Bible describes Jews as a chosen people, the bloodline in which Jesus would descend. Another tribe, named after Levi, is blessed to perform the ordinances in the Temple and hold the priesthood (the restriction of this very privilege is what Latter-day Saints applied to its “black members”). The Book of Mormon describes the descendants of Joseph and their blessings. The other tribes are simply known as the lost tribes and their blessings are not as clear.

If Canaan’s posterity continued, who are they, and wherein the biblical narrative is this cursed finally addressed? The problem is, is that the Bible leaves it open and unaddressed. That is until new prophets could eventually comment on it. When Latter-day Saint scripture and authorities did so in the nineteenth and twentieth century many believers accepted it while it was not and is still not well received by critics of the church even today.

Any past racist remarks by Latter-day Saint authorities, authors, and scholars have already been disavowed, but to apologize for the restriction would be to undo revelation and put into question the claim that Latter-day Saints are what they say they are, the Church of Jesus Christ restored today. How would God allow his Church to simply discriminate with the same attitude and purposes of Southern slavery and supporters of Jim Crow laws? Why would the Church’s restriction come to a convenient end that followed after the Civil Rights Act of 1964?

Perhaps the answers to these concerns lie in the contrast between those Americans Christians who once lived in the Jim Crow South who had a similar view of the Bible to the Saints in the Mountain West. The two different interpretations of biblical curses in its proper context rarely sees the light of day.

You see, some tribes are blessed, some are cursed, and some are lost. This is the context in which we need to understand why black Americans (and blacks in Africa, Europe, and Latin America) could not hold the priesthood in the Church of Jesus Christ of Latter-day Saints until 1978. Yet, blacks in Fiji were never restricted.

Is it wrong, or racist, to say that blacks were once cursed? It might seem harsh or unfair to be known or labeled as the descendants of a disgraced son (Ham), but even Jesus came through the bloodline of adulterer and murderer, King David.

Critics will argue that Southern slave masters used the same application and that this was not an original idea to Latter-day Saints. This is true, but a broken clock is right twice a day. The question is, who is more likely to be given the gift of discernment? A prophet or Southern slave masters? You see, these Southerners descended from Europeans. Europeans in the feudal society held that their peasants (white Europeans form poor stock) were also living under the curse of Ham.

Unlike white supremacy, the doctrine of Southern slave masters and Jim Crow legislators, applying the curse to the same group of blacks acknowledges their place in the larger Biblical narrative. It places them in a family with a long bloodline that the prophet Joseph Smith discerned to be from Ham. It must also be emphasized that slavery and Jim Crow relied on the false idea that because blacks were black, they were inferior and subhuman. On the other hand, the skin tone of these descendants was of no effect to the Latter-day Saint’s restriction. It was a matter of tribe and bloodline. Further, modern science tells us to avoid labeling people in terms of “black” and “white” and instead use “shades of brown.”

With that said, many families and tribes of the earth might appear to be “black,” yet the restriction only applied to a people discerned by revelation to be descendants of this curse. If that is racism, these charges lie at the foot of its originator, God. I expect the leftist media to be okay with that assessment, but when other Christians use the PC way of thinking to criticize Latter-day Saints, it is disappointing.

Many Christians love Jesus but not the church. They want Jesus without ties to the older denominations and past institutional sins or scars that promoted slavery, abused children at the hands of clergy, or those who are merely looking for modern music and worship.

New “non-denominational” or congregations who simply say they are “Christian” have emerged over the last century to meet this need. There have been numerous voices and methods to modernize the faith. A consequence of listening to voices who claim that the Bible is the final authority given to man from God but who also set aside difficult parts of that authority in order to keep their message positive and popular, they perform a disservice to the integrity of important parts of scripture.

Latter-day Saints are burdened and blessed with commentary that has both stigmatized our faith and shed needed light on the Bible in a world scrambling for answers from preachers ready and eager to please the itching ears of the people.

For the time will come when they will not endure sound doctrine; but after their own lusts shall they heap to themselves teachers, having itching ears;

And they shall turn away their ears from the truth, and shall be turned unto fables. (2 Timothy 4:3-4)

Many critics, even in the mainstream media, have called the Church to apologize and to rebuke its past, characterizing this particular point of doctrine as rooted in nineteenth-century racism. While some commentary from Brigham Young until the time this priesthood restriction was rescinded and closure brought to this ancient curse in 1978 resembled the racist justifications of Slavery and Jim Crow, those have been disavowed, but the restriction itself was not racist and needs no apology.

The hand of the critics has been revealed. The Leftist media have found a friend in the critics of the Church and vice versa. Both groups apply the same tactics in their attacks. Their goal is to make anything they disagree with to be categorized as sexism, racism, or any other kind of -ism to win over an audience. A believer in God can not both criticize and mischaracterize the Restored Gospel of Christ while making the claim that the Bible is the final authority.